From Japan to the Midwest My Career Journey (So Far)

This wasn’t mentioned in the title but I’m not from Japan or the Midwest. I’m from Texas and that’s where this story begins.

At the time, I had recently broken up with my girlfriend. I had been waiting tables for the past two years while earning my college degree. I had also dabbled in programming courses online.

My life didn’t seem to be taking the direction I wanted it to go in… cue soul-searching trip.

Not required for stays of less than 90 days1

Luckily, as calculated, my trip was for only 86 days.

Did I mention I bought the ticket before making any plans for the actual trip?

The Plan or Lack Thereof

There was some thought put into this trip before the ticket was purchased:

The first two are self-explanatory but the last item requires more explanation.

WorldWide Opportunities on Organic Farms, (WWOOF) is part of a worldwide movement linking visitors with organic farmers and growers to promote cultural and educational experiences based on trust and non-monetary exchange thereby helping to build a sustainable global community.2

I’d be working on farms as a means to explore the country and figure things out. Not too bad right? 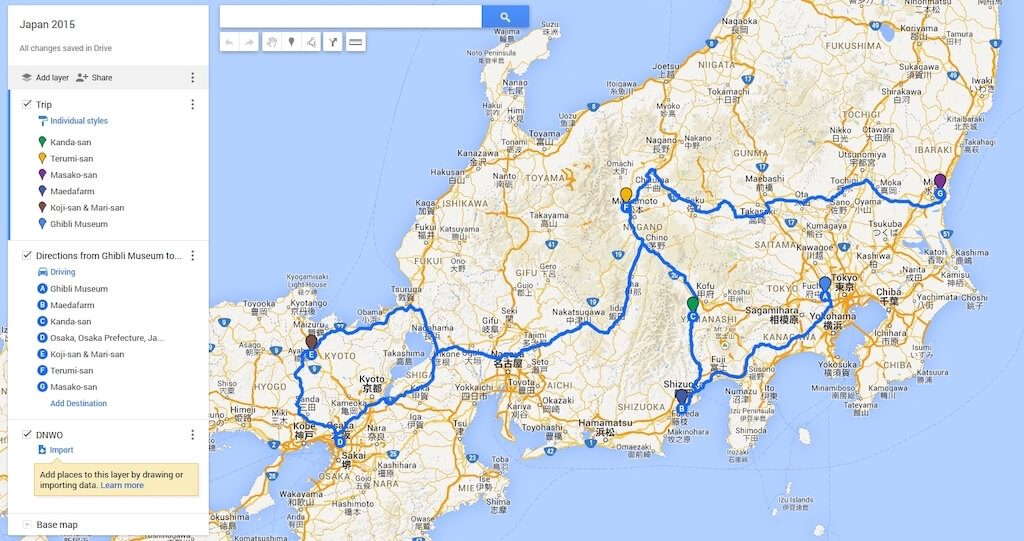 After a few months of planning the trip, the itinerary went like this.

Start in Tokyo and do all the things I’ve always wanted to do in Japan. Work on six different farms, visiting Kyoto in the middle of them, and circle back around to Tokyo before heading home.

Fast-forward to the First Farm 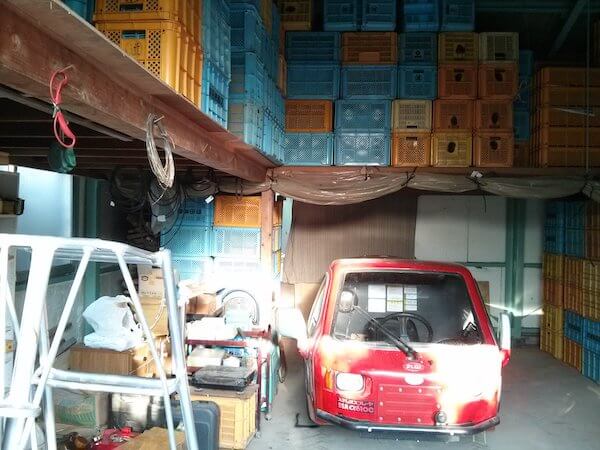 After a train ride from Tokyo, I found myself at the family’s house in a quiet suburb. The next day we took a 45-minute drive to their farm – surprising, right? I thought it’d be in their backyard.

Day one was easy enough. Hideo-san, the farmer, and I organized the shed where the harvesting crates and farm equipment were stored. This was followed by lunch, a mandatory nap, and weed-whacking for a few hours in the afternoon. 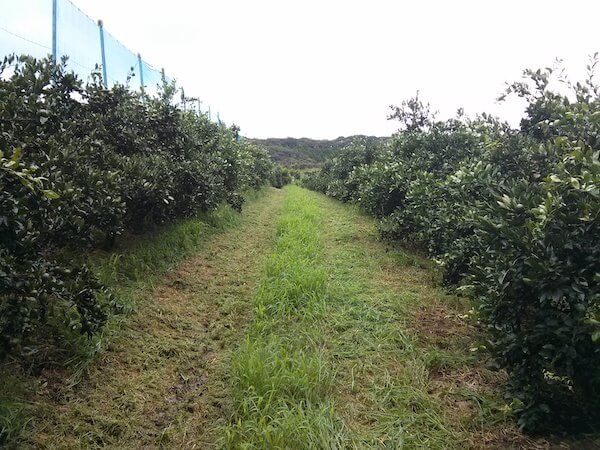 Day two was something else. Eight hours of weed-whacking and wasp removal. It was in hour five when I had a realization.

If I didn’t get my life together, it would turn into the metaphorical equivalent of eight hours of weed-whacking. Every. Day.

That evening, I sent an email to some close friends. Here’s a snippet that summarizes the sentiment:

Agriculture is not a career option, I’m 100% positive this will be the last farm I go to. It’s not that I’m not enjoying it, but I know that I won’t enjoy it after 2 weeks.

So that leads into my next point, I’ve decided to go forward with learning either web design or programming.

And that’s what I did.

I changed my return flight at 5am the next morning and headed to Kyoto to begin the remainder of my trip.

Coming Back Home and Stateside

After a trip to the store to buy myself a desk, monitor and computer, my entire existence was devoted to learning web development.

Video game life, social life, any life outside of learning and progression didn’t exist for the first few months. I started simple on websites like Treehouse and expanded into more advanced ones, such as Frontend Masters.

I progressed steadily and my dedication would soon pay off.

The work was handling the HTML and CSS aspects of a web application. I had been fortunate to land this opportunity and the initial success led to further work.

Because of the work I accomplished as a freelance agent, I was offered an internship with the company for three months, starting January 1, 2016.

During this time, the work was the same as I had done before but my responsibilities began to grow.

Fast-forward to a couple months later, and I accepted a full-time position. Less than 6 months from when my plane first touched down on the tarmac in Dallas, my hard work and dedication continued to pay off.

My day-to-day activities didn’t change much, if at all, after becoming a full-time employee. For the next few months, I continued to build the application begun during my freelance work.

The application was an online portal for a local urgent care facility. The goal was to eliminate wait times in person. In turn, enabling patients to have an expedited visit when the physician was ready to see them.

When the project began, the scope was simple enough. Capture their basic information, insurance and other pertinent details. Once the ball got rolling, there was a feature request to help automate the process further. Scanning a driver’s license so that all available fields would automatically be filled – can’t beat that.

This request came months after I had started. When it came time to implement this feature, I shouldered almost all of the responsibilities.

This work differed from past projects due to coordinating with a developer overseas during implementation. I was at my growing edge this entire time – failing, learning and ultimately succeeding.

Fast-forward to a year later and it was time for the application to expand yet again. Patient and doctor visits through video conferencing. A daunting task at this stage in my career.

While the most challenging, it also proved to be the most rewarding. I was working with new technologies (WebRTC for the video feed) and integrating external services (Pusher for the chat application). This project was both my growing edge and the bleeding edge of technology at the time – a double-edged sword3. Our releases coincided with Safari updates on Apple devices, a first-time restriction for me.

I Met a Girl

This is relevant to the story, so please stick with me.

You find what you’re looking for when you least expect it, and that’s what happened when I met my girlfriend, Cassie. A vivacious woman from the Midwest enrolled at Baylor University’s nursing program in Dallas.

When we first met she told me where she was from and pointed to the mitten4 on the map. I didn’t think that less than two years later we’d find ourselves back in her home state – funny how life works.

I was fortunate during my transition to Wisconsin to retain my position in Dallas working remotely. My responsibilities increased and I was challenged daily – being remote didn’t hinder that.

Being new to Milwaukee changed how I spent my free time. Besides Cassie, I didn’t know anyone in the area. I heard great things about the developer community so I headed to Meetup.com to get involved.

Established groups – such as MilwaukeeJS, Laravel Milwaukee and Wisconsin .Net Users Group – were representing their communities on a regular basis, but there was one new and smaller group that caught my attention – Milwaukee Hacker Hours.

Here’s a brief description of what the Milwaukee Hacker Hours group is about.

We are a couple of programmers who just want to learn and grow in our own way, who want to enjoy working on our own projects and becoming better at our craft.

When this group was first forming, I went to one of the first meetups and met the founder of the group, Eddie Litchman. We spoke about what he had and how it was such a great experience for new and experienced developers. I wanted to help in whatever way possible.

What came out of that conversation was a website, slack channel, and Twitter for the group. From a handful of people, the group has since then gained 527 members and meets on a regular basis.

Through Eddie, I connected with a recruiter at Centare, a company which specializes in custom software development through agile methods and agile transformation for teams and organizations.5 They were hiring for more senior positions but saw potential in me. So, the conversation continued.

What started out as an introduction and hope turned into a phone interview. Then a take-home exercise, followed by an in-person interview and a job offer.

I moved to Wisconsin for personal reasons, but I can confidently say even after only being at Centare for 8 months that I would’ve moved here for the job – with love and respect to Cassie.

Since starting at Centare, I’ve spoken at meetups, one with an audience of more than 100 at Meet the Meetups II. I write on a daily basis on technical topics and soft skills needed in the workplace.

I’m continuing to learn through reading and listening to audiobooks on my daily commute, ranging from Atomic Habits by James Clear to classics like How to Win Friends & Influence People by Dale Carnegie. I’m engaging with the local developer community through professional organizations. Also, I play a mean game of table tennis, where I serve on the board of the Milwaukee Table Tennis Club.

I thrive at my job while expanding my world outside of the office to become the person I sought to be in 2014. I’ve covered a lot of distance in the last five years, physically and mentally, and the journey is just beginning.